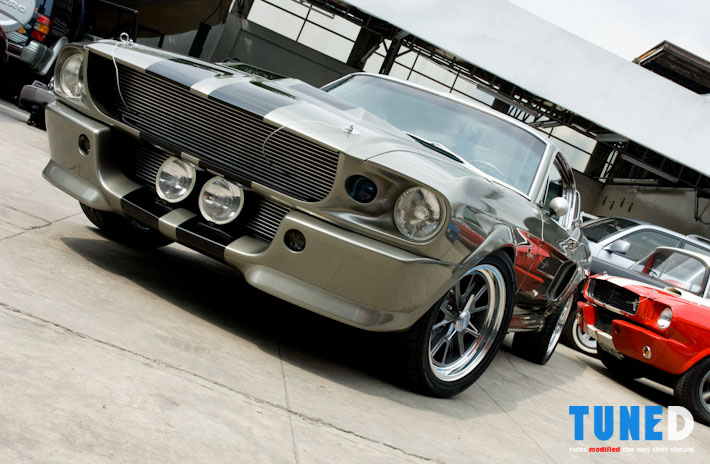 The 1967 Ford Mustang Fastback is an improvement from the standard version featuring a jazzy new body, a wider track for better road holding, a more diverse engine range and more options.

The car was made immensely popular in 2000 when the remake of the movie Gone in Sixty Seconds starring Nicolas Cage featured a modified 1967 Shelby GT500 (Eleanor) as the main car in the movie.

Inspired by the 1973 movie Gone in Sixty Seconds by HB Halicki and the 2000 remake starring Nicolas Cage, Jan Kierulf set forth on a project to build his own version of Eleanor here in the Philippines. The painstaking project took the team almost a year to finish. The car was eventually entered in the 2006 Custom Car Show where it won several awards.

For the restoration and bodywork of the car, Kierulf brought the car to Alex Isip of Alex Car Restoration, an authority in auto restoration in the country. The original paint was blasted off and the some of the excess bodywork was cut out to accommodate the modified front end, custom side air scoops and wider body panels for the project. New custom headlights were installed and a 1967 Mercury Cougar tail light panel was also installed. The chassis was reinforced with Total Control subframe connectors; export brace and Monte Carlo bars. 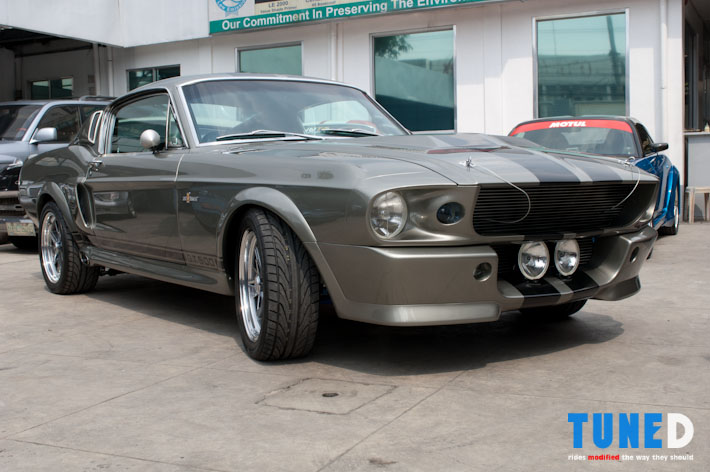 The old interior was restored and reupholstered with new leather. Modifications to the interior were Shelby rollbars, a Moto-Lita Shelby steering wheel, Automteter instrumentation, and a Shelby interior kit was installed. A Rockford Fosgate audio system was installed for in-car entertainment to keep with the American car theme. 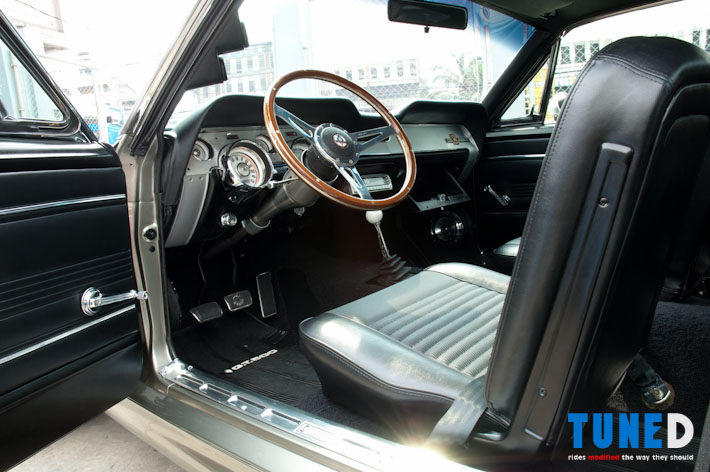 A Ford 351 cubic-inch Windsor engine was chosen as the project’s powerplant. This was the engine used in the original Mach1 Eleanor of Halicki. It was then brought to Ben Lim, a popular tuner from back in the 80’s where American Muscle used to prowl the streets, was tasked to build the perfect engine. The engine received a healthy dose of machining work and performance upgrades. 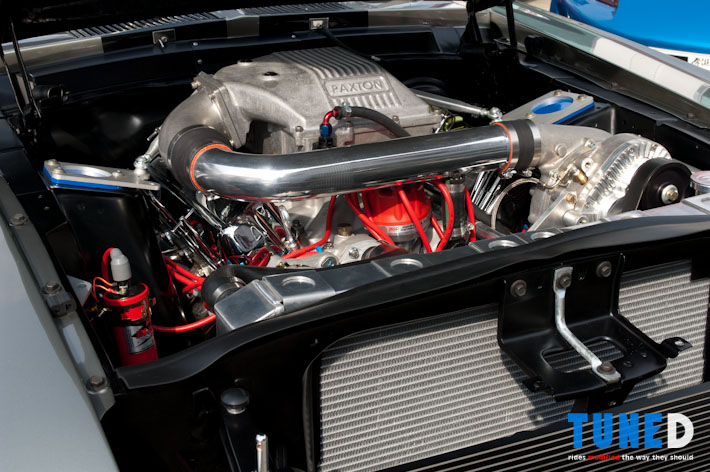 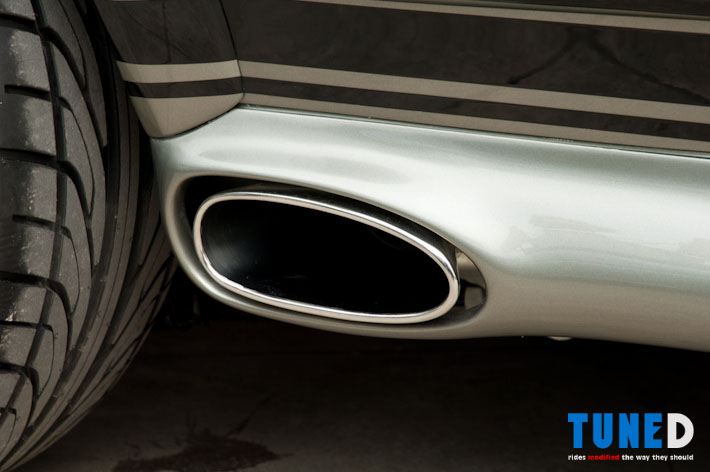 The finished power unit was then mated to a Richmond 6-speed transmission with overdrive with a RAM clutch system, Lakewood pressure plate and bell housing, and McLeod hydraulic clutch system. 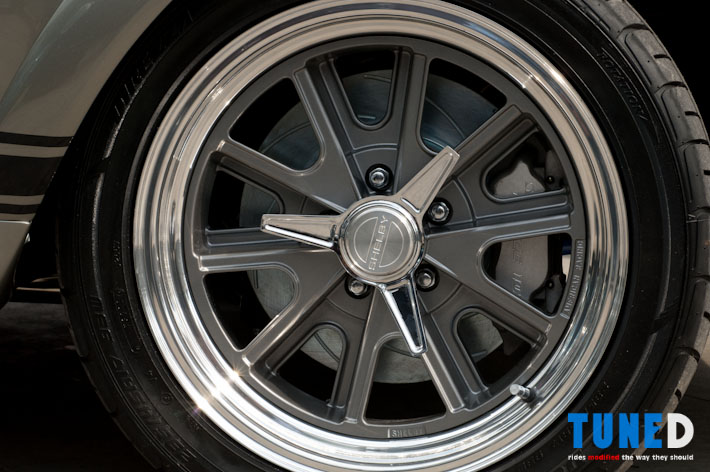 To keep this all on the ground, a Total Control front coilover system is mounted on the Total Control front suspension with Varishock. For the rear suspension, an air bar system from Air Ride Technologies with Shockwave air shocks was installed. This was all finished off with American Racing Shelby Cobra wheels wrapped with BF Goodrich G Force tires.

This is one Ford Mustang that has a lot of both show and go.